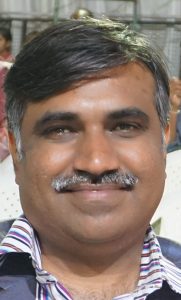 He is making progressive endeavors to structure a University Programs to regularize SuJok Training Programs in India.