Dr. Manu Japee, who had been working as Medical Practitioner in Mukund Limited for more than 35 years and whose basic job was to take care of Employees and their dependents of company against health problems and to save them from entering into the complications or emergencies. In case it is required that someone as a patient has entered danger zone of disease then he was to coordinate and get treatment of these diseases with the specialists and multi specialists doctors and Hospitals out side Campus of Mukund Limited.

He was Doctor who practiced Modern (Conventional medicines) Allopathy for more than 50 years (After retirement too) and at the same time found the limitation of treatment through chemicals beyond some point. He has written 16 books on different pathologies which are considered chronic or life time diseases like Arthritis, Asthama, Hyper Tension, Diabetes, Cancer, Aids and so on. They are most authentic as facts.

In the same era, in late 1980s, precisely in 1987 Prof. Park Jae Woo Philosopher and Scientist from South Korea originated Sujok therapy.
Professor studied various traditional philosophies including Chinese philosophy, Indian philosophy of Chakra, Egyptian philosophy of Pyramid, Mesopotamia’s Spiral Energy System and Korean Acupuncture.
As we know in the history of civilization these four civilizations i.e. Indian, Chinese, Egyptian and Mesopotamia’s are considered the most ancient ones.

All these civilizations have their own method of treatments for example,
1. Chinese acupuncture, Chinese herbal medicines.
2. In India Ayurveda and Yoga,
3. Egyptians have their own herbal medicines,
4. Mesopotamians’ are the first ones to create spiral form which is universally visible as strong force in nature starting from the umbilical cord of the fetus to the shape of the galaxy under the universe everything is spiral. 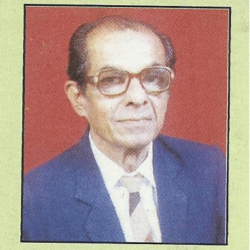 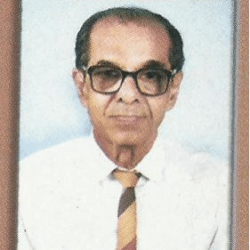 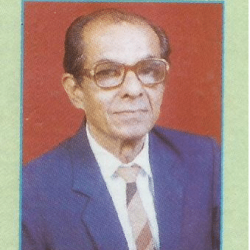 Prof Park Jae Woo studied majority of these ancient civilizations and he always used to think a lot that as everything is based on five element theories which is very prominently popular in China and India but apart from that there is a fundamental force or rule which governs all forces in this universe. This was the reason for his search of fundamental force which is controlling everything had he began his research.

In a very short span of time he found that this world is not only world of duality or the world of confrontation but everything is created with a purpose.
Every creation has its own design, its own form but the fundamental force which brings everything into the real existence he defined as Triorigin.
He says that this is universe has come from TRIORIGIN FORCES.

So far, we all believe in world of duality. Most philosophies including computer language is based on this world of duality. We had been talking about it is a fight between the two forces popularly we call it Good and Bad or positive and negative, Brightness and Darkness, Spiritually between ignorance and knowledge.

Prof Park Jae Woo defined apart from these two equal and opposite forces-which are constantly fighting with each other and becomes reason of changes, there is a third force which creates harmony or final result of the fight. This force has been defined differently under ancient Hindu civilization has been defined as a role of Lord Vishnu whose purpose is to balance or to create harmony to run the show in this universe which is created by Lord Brahma ji and destroyed by Lord Shiva. 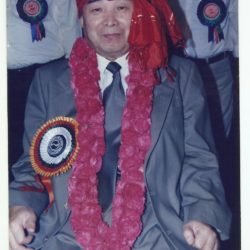 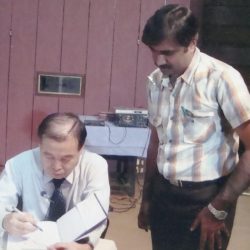 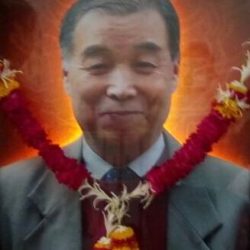